With its sun-soaked beaches, world-famous nightlife, and Middle Eastern vibes, it’s no wonder that Tel Aviv is at the top of everyone’s Israel bucket list. And because there’s so much to do and see in Tel Aviv, it’s easy to spend hours getting lost in its streets. To make sure you take in all that the White City has to offer, here’s our list of the top ten things to do while you’re there.

Israeli cuisine is a melting pot of culinary traditions that the Jewish people brought back to Israel after the diaspora. Of course, now the country is one of the global hotspots for food-driven tourists. It would be a tragedy to visit Tel Aviv without sampling classic street foods like crispy falafel and creamy hummus. Pop into a shop and order falafel and hummus in a fluffy pita with mouthwatering toppings like tahini, spicy sauce, fresh salad, and french fries for the street sandwich of dreams.

Go shopping at the shuk

The Middle East is known for its famous outdoor bazaars and Tel Aviv is home to one of the best: Shuk HaCarmel. Located on Allenby Street, this massive shuk is always bustling with tourists and locals eating, shopping, and of course—haggling with vendors. Wander through the maze of stalls and you’ll find just about everything, from aromatic spices, fresh produce, and cheeses, to trinkets, clothing, bars and coffee shops. Don’t forget to sample the Halva, a sweet dessert made from tahini and honey.

Dubbed “The White City”, Tel Aviv is famous for its iconic Bauhaus architecture introduced by German-Jewish builders in 1920. This architectural style is characterized by its whitewashed facade, flat roofs, and minimalist and futuristic elements. The city’s collection of over 4,000 Bauhaus buildings has also been named a UNESCO World Heritage site.

Soak up the sun at the beach

Stretched over 8 miles, Tel Aviv’s sun-kissed coast is lined with some of the hottest beaches in the Middle East. On the southern end, you’ll find the Jaffa harbor and more tranquil beaches, a great place to read, get your tan on, or dip your toes in the crystal blue waters. Walk north along the promenade and you’ll pass beaches with volleyball courts, outdoor restaurants and bars, live music, and tents and umbrellas for rent. The promenade is also lined with hip cafes and restaurants serving up classic Mediterranean cuisine.

Most days in Tel Aviv, you’d be hard-pressed not to find a colorful surfboard amongst the waves. Locals love to surf and If you’ve never attempted the sport before, Tel Aviv is one of the best spots for first-timers. There’s a devoted surfing community in Tel Aviv and hiring an instructor or taking a class is the best way to learn the basics, like paddling, standing up on the board, and perhaps even riding your first wave.

The ancient buildings, romantic arches, and winding streets of Jaffa are quite the contrast to the contemporary minimalism of the Bauhaus architecture in Tel Aviv. Get dinner at one of the seafood restaurants in the Jaffa harbor and watch the colorful fishing boats and liners bobbing along the water as the sun sets over the coast. Around the Jaffa neighborhood, stop and check out iconic landmarks like the ancient clock tower, browse the antique street markets, and grab a drink at one of the laid-back cocktail bars.

Right up there with Ibiza and Berlin, Tel Aviv is truly one of the greatest party capitals in the world. From rooftop bars and sophisticated cocktail lounges to warehouse clubs with live DJs, whatever your party scene is—you can find it here. Some of the most popular neighborhoods for bar-hopping include trendy Dizengoff, chic Neve Tzedek, and artsy Florentine. Of course, if you want to be near the water, you can always find a party happening on the beach.

Rothschild Boulevard is the long leafy tree-lined street that runs through the center of Tel Aviv, from the southern neighborhood of Neve Tzedek to northern Habima Square, a central hub for some of the city’s most important cultural monuments, including the Culture Palace and the National Theater. On Rothschild, you’ll pass locals and tourists alike, walking, biking, or lounging outside one of the many cafe kiosks located at the center of the boulevard. From here, you can also snap pictures of some of the city’s most beautiful Bauhaus buildings.

Check out the street art

Amongst the modern white buildings and bustling neighborhoods, you’ll find vivid, colorful street art around every corner. Decorating everything from doorways and mailboxes to crumbling alley walls, the varying themes blend together to showcase the expression and vibes of local urban creatives. Head to Florentin, a gritty bohemian neighborhood where most of Tel Aviv’s street artists gravitate, to see the city’s best works.

Located at the southern end of Rothschild Boulevard, Neve Tzedek is the trendiest neighborhood in Tel Aviv. From wellness spas and designer boutiques to art galleries and fine dining, this is one of the premier shopping destinations in the city, especially if you have money to spend. Of course, there’s plenty of window shopping to be had. Some of the best jewelry designers and artisans in Israel have small shops in this neighborhood.

There are a million and one reasons to visit Tel Aviv. If you’re Jewish and between the ages of 18 to 32, you’re eligible to visit for FREE on a 10-day Birthright Israel Trip. Check your eligibility or register for a trip today. 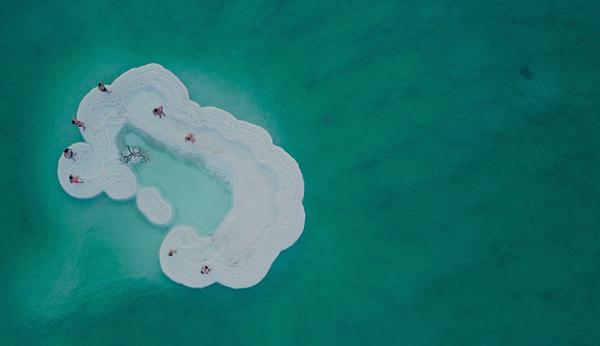 If you’re planning a trip to Israel, the Dead Sea is probably somewhere on your itinerary. The super salty lake lies between Israel and Jordan and draws in tourists from around the 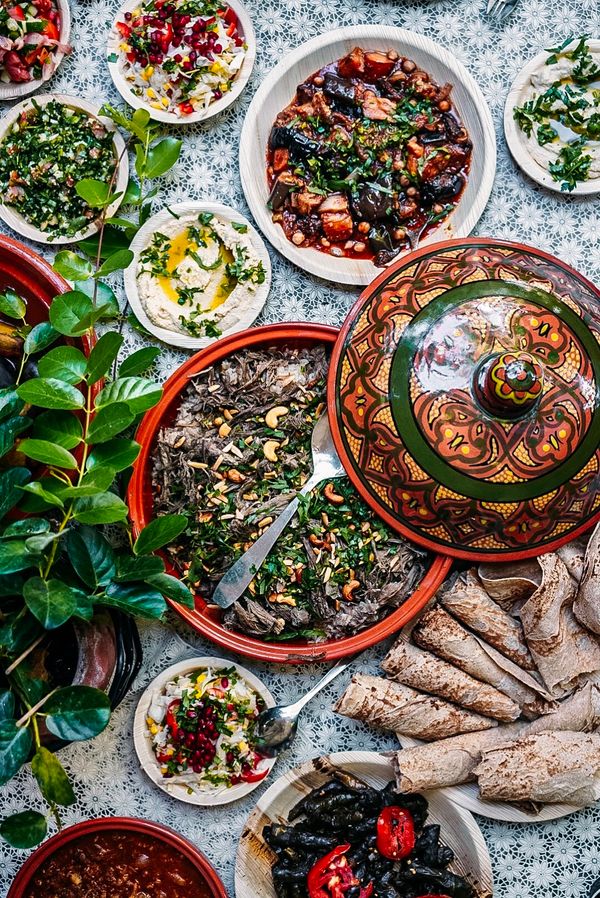 Hi!! I’m Justin Schuble, or better known as @dcfoodporn. I am a full-time food and travel Instagrammer, so I have seen some pretty amazing places. But as a Jew and serious hummus-lover,