We sat relatively quietly on Bus 295 as we made our way to Jerusalem.

This was a distinct departure from what had been the norm of the first half of the trip - rapid chatter, off-key singing in both English and Hebrew (whether music was playing or not), and random outbursts of contagious laughter.

But we had all just dried off from a warm and relaxing float in the Dead Sea after a jam-packed day of touring, so we were content with murmured observations and gazing out our windows.

After a while, a few of us pointed out that the sky was turning pink.

The sun was setting on another busy day in Israel, and I vaguely remember thinking this sunset would be a good one.

I hoped a few snaps on my camera phone through the bus window would somehow do it justice.

As I looked toward the front of the bus and across the aisle to get a better look out the windows on the other side, I noticed our two trip leaders, Jaime and Alyssa, and tour guide, Shimi, were acting kind of strange.

I could feel a low buzz of excitement in the atmosphere as they whispered and smiled about something we weren’t yet supposed to know about.

It sounds cheesy, but I just knew something extraordinary was about to happen.

It was then that Shimi stood up and instructed us to close the curtains of our windows.

A lazy cry of protest rang out from the rows of seats. We wanted to watch the sunset.

Shimi responded to us as if we were his own children.

“Close the curtains and you’ll get a surprise,” he said.

Jaime and Alyssa started passing out white Birthright T-shirts as Shimi began one of his trademark stories that served to inform us about the Jewish history and context of the places where we traveled and help us forge connections to them.

His stories were often humorous, always wise, and above all, relatable.

As we entered the old city of Jerusalem, Shimi said, think about how much it would have meant to our ancestors who said aloud each Passover “next year in Jerusalem” knowing full well they may never get there.

But they said it anyway, because it represented something of family and love and G-d that words otherwise cannot fully express.

The thought of being in Jerusalem for Passover was the epitome of hope, he said, and we were about to step foot there for the first time.

Shimi told us to think of someone from our families to be with us the moment we laid eyes on the Old City.

“If you think of them,” he said, “they are with you. You can make that connection to them. Not only are you making a homecoming, but you’re bringing those who came before you.”

At this point, we’re told to fashion our T-shirts into blindfolds and put them on.

The entire bus was awash in a wave of confusion and jokes.

It was definitely weird, but we’d had (and would continue to have) weirder moments than this in the last few days.

Put approximately 50 young Jewish adults together 24/7 for 10 days straight, as if we’re at summer camp, and that’s definitely going to happen.

And perhaps most of all, we trusted our eight Israeli peers.

Another curious side-effect of what I took to describing as the “Birthright bubble;” completely trusting strangers after just a few days of knowing them.

Our Israeli peers led us off the bus single file and made us form lines in which we must have looked completely ridiculous, hands on each other’s shoulders and T-shirts wrapped around our heads.

As the head of my line, one of our Israeli peers took my hand and led me to wherever we were supposed to go.

Meanwhile, a friend behind me dug her fingers into my shoulders, unsure of her footing and completely out of her element.

I wanted to sneak a peek from under my makeshift blindfold, but I didn’t.

Shimi said the surprise would be worth the effort so I tried, for once, to be patient.

We’re finally told we can take off our blindfolds.

A collective gasp rang out as we took in the sight of Jerusalem together for the very first time from an overlook on Mount Scopus, as picturesque as a postcard under a blazing pink, purple, and orange sunset.

I remember what Shimi said on the bus and think of Anna Schweiger Gordon, my paternal great-grandmother.

I pictured her standing next to me, taking in the beauty of the ancient city at twilight.

Suddenly, a booming noise and a bright white light came from the left-most edge of our view.

I looked over and saw fireworks light up the sky, as if they were timed and set off for the sole purpose of welcoming us home.

Before I left the states, I had been told by colleagues and friends who had been to Israel that I’d have epiphanies and countless meaningful moments on this trip. That it would be life changing.

So, I tried to prepare myself for some astonishing moments, just like I tried to anticipate how amazing and different the food would taste, or how bizarre the water from the Dead Sea would feel on my skin.

But you just can’t prepare yourself for things like these.

You can’t know how they’ll make you feel until you’re physically there, living that moment.

In this particular moment, I felt awed, happy, and completely whole.

I didn’t realize how right it would feel to be walking around in Israel.

How felicitous and how natural.

I had finally reached what had always been on the periphery of my life, just out of my grasp.

After 25 years of searching for something I couldn’t put my finger on, I finally found it.

It was one of those moments I couldn’t possibly have prepared myself for.

I could go on and on about this trip and how it helped me find the words I'd been looking for to better define my connection to life, to Judaism, and to the world.

About my Bat Mitzvah in the synagogue ruins on top of Masada.

About ringing in 2018 from the other side of the world, hours before my family would back home.

About the days spent touring, and team building, and learning.

About the long nights Americans and Israelis stayed up late together (even though we were dead tired) just to talk about everything from philosophy and politics to our perspectives on Judaism and Israel and life in general.

I didn’t know how I’d be able to rip myself away from these people who I now loved and put thousands of miles, an ocean, and several states between us.

But I did, and months later, I still think about the trip and talk to Birthright friends every single day.

When people tell you how amazing an experience Birthright is, and it sounds trite or too good to be true, it’s because it’s nearly impossible to put the experience into words.

You just have to go yourself and find out how it could all be real.

Thank you, Joel Marcovitch and Paul Causman, for letting me go on a 10-day adventure and Israel Outdoors, NextGen Detroit, and Central Galilee Partnership for providing it. Thank you, Jaime and Alyssa, for letting this Young Jewish Toledoan be an honorary Michigander in the best Birthright group ever. Thank you, Shimi, for being the most excellent tour guide, Dolev for keeping us safe, Adi, Avital, Maxim, Shachar, Shirel, Tomer, Yaniv, and Ziv for being incredible peers, and everyone on Bus 295 for helping me end my 25th year on such an incredible and sweet note. 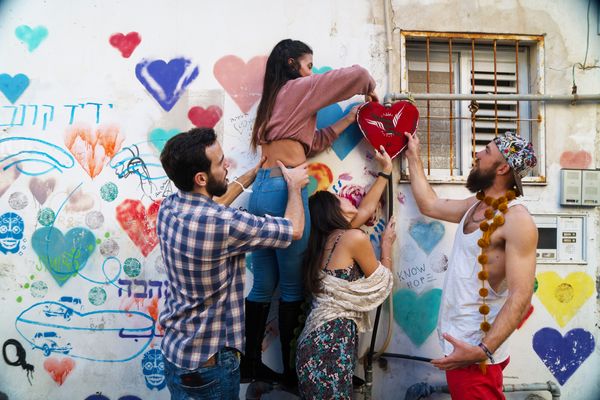 If your son or daughter has been talking your head off about this free trip to Israel, you might be feeling nervous or wondering what it’s all about. As a parent, it’