My first trip to Israel was on a Birthright Israel trip in January 2013; this also happened to be my freshman year of college at Temple University. Allow me to set the scene – I grew up in a very non-Jewish area despite being from New Jersey which happens to have the fourth highest number of Jews in a US State, behind New York, California, and Florida. This meant that I had one Jewish friend in my graduating high school class and he naturally became my closest friend at the time. Although I did not have many Jewish peers around me, my parents and grandparents instilled a heavy dose of Jewish pride in me. My issue was that I had no way of expressing that pride; like many American Jews my family disengaged from our Synagogue after my Bar Mitzvah (I will not go into the reasons), I did not attend Jewish summer camp, and as I mentioned earlier simply lacked Jewish friends. Towards my junior and senior year of high school I was actively looking for ways to express my Jewishness and thought my best chance would be to apply to colleges with strong Jewish communities. I narrowed my search to Temple University and Rutgers University, and ultimately settled on Temple because of its location in the 5th biggest city in the country. During my first semester, I got involved with AEPi, Hillel, Chabad, MEOR, and Owls for Israel. Some might say I overdosed on Judaism in the fall of 2012, but it was something I always wanted for my individual identity and thought the best way to cement this identity would be to bring it all together on a Birthright Israel trip to Israel during winter break. Those 10 days in January 2013 blew my mind and the rest is history.

Leading up to the trip, it was hard to think about anything else aside from what we were about to experience – like nothing else mattered at the time. Admittedly, I was so concentrated on the trip that I forgot my airport-purchased neck pillow in the terminal, which was sorely missed on the 11 hour flight to Tel Aviv. We finally landed at Ben-Gurion airport and the adventure began. Our group would experience a lot over the next 10 days – beautiful cities, ancient sites, the IDF, new food, Hebrew writing on buildings instead of in prayer books, and much more. I fell in love with the country and went home with a lot (not just souvenirs!).  Most notably, I learned how important the State of Israel is for our people and how it’s served as a refuge for Jews around the globe. This has produced a remarkably diverse and complicated country whose beauty is hard to understand unless you’ve taken the step to visit yourself. I will attempt to go into more detail.

Israel has served as a safe haven for Jews around the globe that have fled persecution and oppression. Tel Aviv is rife with Soviet Jewry who had been locked behind the Iron curtain for decades. Be’er Sheva has rich communities of Ethiopian Jewry who were airlifted to Israel on Operation Solomon. You can visit the ancient city of Tzfat and taste delicious Yemenite food from Yemenite Jews who were rescued from Yemen on Operation Magic Carpet.  Further, you may visit Jerusalem and spend a Shabbat dinner at the home of an Ashkenazi or Mizrachi family and taste recipes that our people used to eat in the European Jewish Shtetls or neighborhoods in Egypt, Tunisia, Iraq, and Syria. We are refugees who have lived under hostile governments for over 2000 years but have come from all corners of the earth to build a culture and society unlike any other.

Several years later, I am in a much different place Jewishly than I was before my trip to Israel in January 2013. I’ve had the pleasure of returning twice; once to volunteer with the Ethiopian Jewish community and another to study in a Yeshiva in Jerusalem. I have a much stronger Jewish identity and have committed to giving my future family an even greater experience. My Birthright Israel experience was paramount in taking from where I was to where I am now and encourage every Jew to take advantage of this unique opportunity. 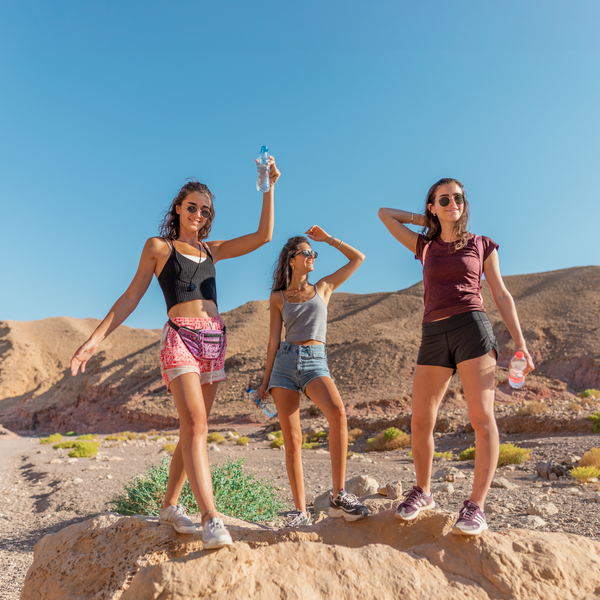 Are you hoping to spend your summer eating falafel on the Mediterranean? Maybe you’re wondering if you’re even eligible to take part in this once-in-a-lifetime adventure. Not to worry, take our 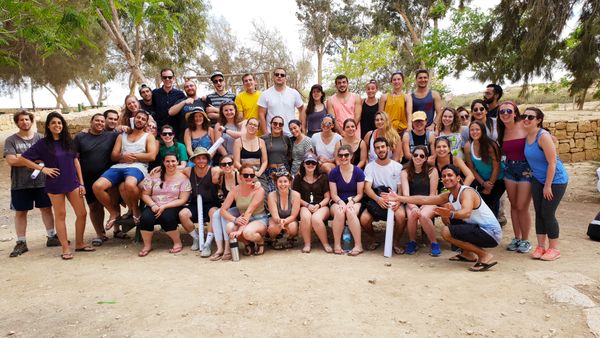 Lindsey Chiles Jen Weber “Birthright will be an amazing trip…” “...It’s free, why wouldn’t you go explore a new country?...” “...Israel is such a unique and beautiful place, just wait till